FUNDACIÓN LE CADÓ Y GRESPANIA JUNTOS EN LA INVESTIGACIÓN CONTRA EL CANCER DE MAMA.
In light of the health and economic crisis we are currently living through, and the difficulty in raising funds to fight breast cancer, Grespania remains committed to supporting non-profit associations.
Grespania has been an ally of Fundación Le Cadó for several years, thanks to its active Corporate Social Responsibility (CSR) policy. According to Claudia Hernández, head of the group’s subsidiaries, "We are proud to renew our commitment to Fundación Le Cadó and participate in a cutting edge project in Spain like this one, which tackles a type of breast cancer that, due to the age of the patients, is very difficult to detect early and requires specific treatment." 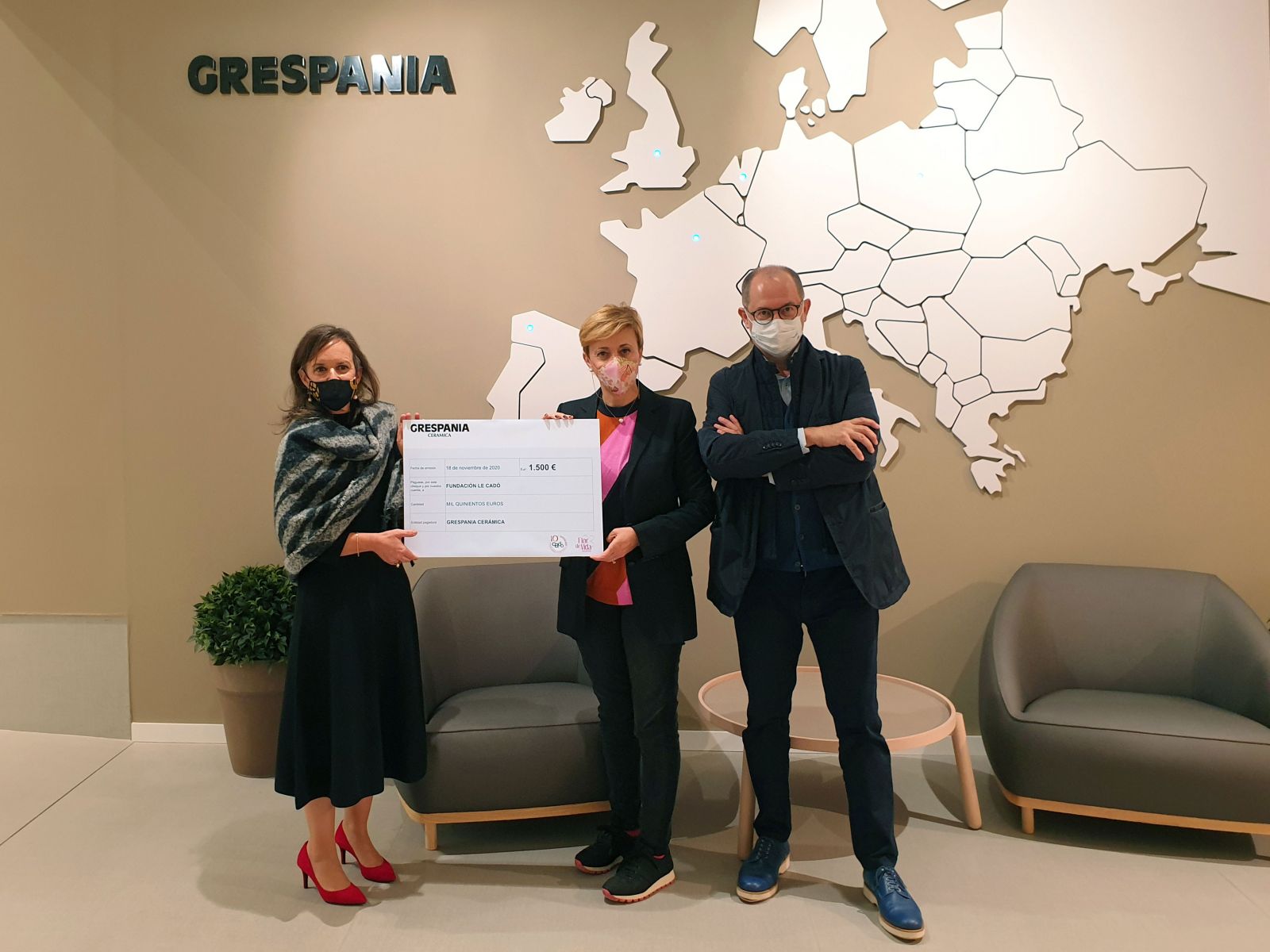 Thus, the entire donation goes towards the study of breast cancer in young women being conducted by the INCLIVA Health Research Institute. The study is being led by Dr. Maite Martínez and overseen by renowned oncologist Dr. Ana Lluch.
It should be noted that this study has already received funding from Fundación Le Cadó to the tune of more than 100,000 euros, thanks to which the first results have been achieved. "We have confirmed that there are molecular differences between younger and older women with breast cancer," explains Dr. Maite Martínez, who states that with the current funding from Fundación Le Cadó, they are working on the search for a specific treatment for young women. This donation thus adds to the resources needed to identify such a treatment.
< Nachrichten